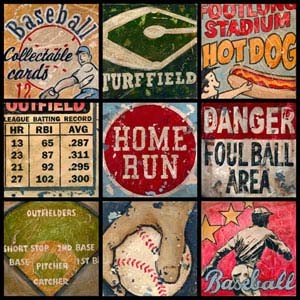 Many years ago, I received as a rather unique gift, a ball from major league baseball’s 1994 World Series—the series that was never played because of a labor dispute between players and team owners.  The regular season that year ended prematurely and no playoffs would take place.  Like most major sports enterprises, and particularly when those industries prepare to host championship-level events, much planning is made in advance.  In the case of the 1994 World Series, several hundred baseballs were made in anticipation of what might have been a 4, 5, 6 or 7-game series.

Those baseballs became the symbol for opportunity lost.  Though each ball was designed, and created and prepared for a clear purpose, it was never provided the opportunity to fulfill its intended future.  While some of those baseballs were likely to become foul balls, thrown once and lofted into an eager crowd of people—all with the hopes of grasping a souvenir to be cherished for years—many others may have had a greater destiny: A record-breaking pitching milestone or a classic end-of-game home run; a spectacular fielding play or a costly error at a critical moment in the game.

But in 1994, none of these outcomes ever had a chance.

In our own industries, we know well the feeling that is sensed and shared when clear, tangible opportunities are lost.  We know the feeling of what has been missed, and what might have been—and we know the lasting effect that can have upon an organization.  But the impact upon the individual members in many respects is often more profound.

Like the lost baseball season of 1994, the most remarkable aspect was that it did not need to happen. While differences of opinion and dissenting views are in fact a healthy element to productive discourse, it imperative that the leader remain highly engaged and manage the variety of personalities and emotions and ego among the members of the organization so that the core mission and functions of the enterprise are not fully placed in peril.  Leaders must facilitate rather than dictate, and they must have the courage and the confidence to challenge all within the group to pursue cooperation over consensus.

But it is of equal if not greater importance that the leader also preserves a culture that is known in and outside of the organization that includes a consistent meaning and purpose for each person who becomes a part of that organization.  Nothing speaks louder or more decisively to a skilled professional seeking a new career opportunity an environment and organizational culture that establishes and declares real value in its members from the moment they join.  This type of culture most effectively and most quickly reaffirms the values and vision of the organization, and the confidence it holds in its leadership.

The best leaders we know are in fact, highly purposed and visionary; they seek opportunity at every moment and they are uniquely keen in their ability to challenge individuals and groups as well as they entire organization.  But they always do so with goals they know those they serve are capable and prepared to achieve.  While sharing the vision of the organization is indeed essential, we as leaders must always strive to be sure that each member of our team understands their relationship to both the opportunities we meet and the purpose we serve.  Together, we will share significantly new levels of success and growth.