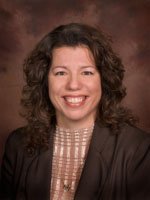 Michell’s career illustrates a remarkably balanced and highly successful level of organizational learning and leadership performances in both the public and private sectors. Her professional achievements begin with 10 years of very successful management of a national accounts portfolio for a Fortune 500 company that resulted in corporate recognition for outstanding management and client business growth.

In the public sector, Michell has over 20 years of excellence in roles that first focused upon communications and community outreach programming, and then later in an advanced position that oversaw local economic development. In the latter position, Michell oversaw programming that supported both new business development and attraction as well as the retention and growth programming strategies for incumbent enterprises.   Michell has also led a highly effective organizational-growth campaign for an international non-profit corporation that developed more than a 350% increase in clients and operating revenues in less than two years, helping that group expand into more than 25 new US States and 5 new countries.

The combination of her various professional leadership experiences have equipped Michell to keenly identify appropriate solutions and facilitate a wide variety of strategies that support organizations and individuals move confidently and effectively forward as they achieve their goals and objectives.

Michell has a Master’s Degree in Public Administration and a Bachelor’s Degree in Business Management, and was twice elected as a Trustee and President of the Corona-Norco Unified School District Board of Education.  Under her leadership in 2012, and again in 2013, the Corona-Norco Unified School District was selected by the Eli & Edythe Broad Foundation as one of four urban school districts in the United States to demonstrate the greatest overall performance and improvement in student achievement while reducing achievement gaps among poor and minority students.

Michell has been honored by Soroptimists International, The YMCA, and United Neighbors Involving Today’s Youth (UNITY).

Stan retired as the Associate Vice President of Safety for The Claremont Colleges & The Claremont University Consortium, Stan is also Police Chief (Emeritus) of California State University, Long Beach where he led that Department’s efforts that caused the University to be twice-recognized as one of the Top 5 Safest Colleges in the United States.  A Board-Certified Protection Professional by ASIS International, Stan has led both public and private university safety departments– as well as police (sworn) and security (non-sworn) organizations– to national recognition with rankings among the safest universities in the annual “Security 500 Report“, including the highest-ranked California university or college in three separate years.

Stan has been honored by the California College and University Police Chiefs Association with its “Award of Appreciation”, the School Safety Advocacy Council’s “Exemplary School Safety Program Award”; the “Education Award” from the World Safety Organization; and the Medal of Excellence by the National Association of Campus Safety Administrators.  In 2016, Stan was chosen by Campus Safety Magazine as its 2016 “Director of the Year”.  Stan has also been selected among Security Magazine’s “Most Influential People in Security” for 2017.

Stan is a former President of the California Association of Councils of Governments (CALCOG).  In 2006 and again in 2010, Stan was elected to the City of Corona (population 160,000) City Council, where he also served as Mayor and previously as a Planning Commissioner.

As Mayor in 2011, Stan developed and led the very successful passage of the City’s first Code of Ethics ordinance for elected and appointed officials.  That same year, Corona was chosen as one of “The 100 Best Communities for Children” by America’s Promise Alliance, and later that same year, the 100 Mile Club was selected by the Active Schools Acceleration Project as the National Award winner for its children’s fitness and wellness program.  Because of these and several other community successes, Corona was then selected by Kiplinger’s as one of “The 10 Best Cities for Families”.

Stan’s career has included very successful, advanced roles where he has been responsible for the development of highly recognized and successful programs in Dignitary Protection, Threat Assessment, and Organizational Development.  Stan has a uniquely thorough understanding of the need for and the methods to achieving relationship-based solutions to local and regional issues, and how to develop resources to address needs that reach across communities.

Stan also serves on the Advisory Boards of the National Association of Campus Safety Administrators, California College and University Police Chiefs Association, and the Campus Security Report and its family of online publications and resources.

Stan enjoys traveling throughout the United States, reading–particularly on the subject of philosophy–and music.  Stan and Michell have eight children, ranging in ages 15-29.

For their continued support of young people in the region, Stan and Michell have been recognized by several local organizations, and have been presented the prestigious Victors’ Award by the YMCA and the Angels in Adoption Award presented by the United States Congress.