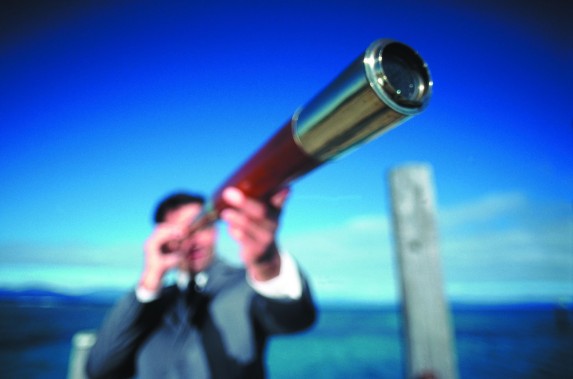 Throughout the course of my law enforcement career, I found myself—like many others—working to serve and in turn, to have the opportunity to advance in my profession.  As I sought those special assignments, lead roles on projects and ultimately promotions, I learned that my development was truly only a part of what should be my objective towards greater successes.  And somewhere around the halfway point in my career, I realized the following:

My first job—when I get a job—is to find someone to take my job.

Again, I didn’t see this early on; it took me a few years to understand that I could only be as successful as those I worked with, and in turn, the more successful I was in my role they in turn would be more productive and successful as well.  It was imperative that I grew and learned additional and more advanced skills in each new position, so that I could be prepared for new opportunities.  And it was equally essential that I invest my time, learning and mentoring into those who were seeking to advance into my position.  Most importantly, I needed to seek these colleagues throughout my organization.

This, I soon understood, is indeed the essence of leadership:  To use my opportunities to help others find, and triumph, through opportunities of their own.  As I sought to examine the most effective leaders I had been influenced by, and as I did, I recognized their profound and sustained sense of focus upon the well-being and success of others.  I saw how often that was evidenced by how they continued to put people in assignments and situations that they could and regularly did succeed in.

That sounds oddly obvious, but it was more than a matter of the organization choosing someone who could do the job.  In fact, those leaders all supported their staffs by putting individuals into roles in which the employee would make the job.  Employees who would use their skills and learning to develop new methods and strategies to solve problems, to work with community members in new ways and find moments where proactive steps could be taken and thereby dramatically reducing the future need for reactive actions to be summoned.

I also found that the other common theme among these leaders was that they themselves weren’t always of a superior rank.  Someone who was influential and a mentor wasn’t necessarily a supervisor.  Over the years, I have known and worked alongside many peers and a number of those who I was entrusted to supervise and develop who contributed greatly to my own ongoing development.  And as I found opportunities to venture into new fields like teaching, politics and consulting, I found that those and other industries were being led by very similar mindsets.

Indeed, a person who is in public service can find him or herself in a very dynamic and often fast-moving environment.

And yet, even in such a highly-active time in the public sector, it is now important well beyond what it has ever been before to effectively lead and develop and prepare the newest members of our local, regional and state and national governments to have both a vision and the skills to lead in the future.  They will need not only confidence, but vision, skill sets that are diverse and tested, but also an authenticity and sincerity that is easily perceived and evident as they serve their constituents.

Those who are in leadership positions now must make candid assessments of their current influence, and determine quickly and accurately those steps and strategies they can make to ensure both a positive and a lasting legacy upon the organizations and communities they have dedicated themselves to.

While I consider the emphasis I have placed in this message in public service, it is certainly a message that can and should have value in any realm of life and service—public and private sector alike.  But to those who are served most directly through and by public agencies, it is indeed a reasonable expectation from among those who are served, and a most appropriate goal by those who do serve.

And we all know that wherever we set a goal, it is that expectation that ultimately is pursued.  As leaders, we should always maintain very high expectations and goals that are commensurate and consistent with the talented professionals we have been provided to develop.

This article was first published in the February edition of Careers in Government.