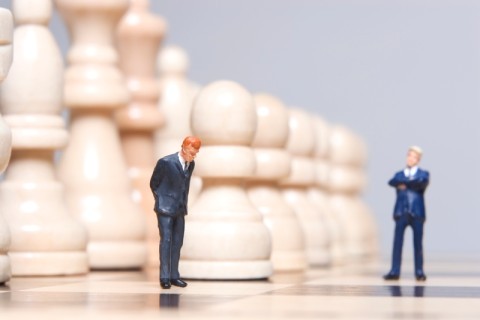 Local, regional and even national public policy brings both opportunity to grow and evolve, and on occasion, a related opportunity to step back to a previous position or place if a policy doesn’t work.  Two excellent illustrations of ‘the choice after the choice’ I have learned from come from two very diverse settings.

Consider that in 1984, Coca Cola was for perhaps the first time genuinely concerned that their #1 position in the soft drink market was in jeopardy.  Pepsi was gaining ground fairly steadily, and other brands were enjoying modest gains as well.  Coca Cola opted for a very radical decision to bring out the “New Coke”, which was introduced less than a year later.

Coca Cola learned quickly, in less than 90 days, that its decision was disastrous.  The original recipe for Coke was reintroduced and that core product remains unchanged to this day.  Top-level executives remained in their positions and stayed there for years to come.  In fact, Coca Cola stock reached an all-time high by the end of 1986—it’s 100th Anniversary.

In contrast, I offer an experience I had just two years ago, while I attended a tremendous interactive leadership course and walked and studied among the battlefields of Gettysburg.

When our group arrived, we were guided and informed and enriched for the next four days by a veritable “Who’s Who” of current and retired military leaders who presented the dynamics and interpersonal nuances among the key persons we’ve long been familiar with in our history lessons.

In particular, I found the relationship between General Robert E. Lee and General James Longstreet compelling.  These two immensely accomplished leaders shared great mutual respect, esteem and trust.  There was an open dialog over the first two days of the Battle, and Longstreet dutifully answered and analyzed his superior officer’s ideas and proposals, provided relevant insights and helped to establish a well-considered plan.

But on July 3rd, Lee decided that he would direct some 15,000 soldiers directly to an isolated, wooded area heavily equipped and manned by his adversary.  Immediately concerned, Longstreet took a decisively direct approach to informing Lee of the significant disadvantages:  The South had suffered large casualties the day before, and they would have to cross open ground for about a mile in which their troops would be under immediate fire …yet he could not dissuade Lee from reconsidering the plan to attack.

Even as Longstreet reminded Lee of the original plan coming in to Gettysburg, Lee countered by reminding Longstreet that conditions had changed—in Lee’s opinion quite favorably—and that a sustained and direct attack was fully necessary.

In the end, Lee would not reconsider his decision, and the battle was carried out.  We know well that the Confederate Army that day was not able to overcome the forces of the Union Army; that the strategic positions, armament and physical condition of its troops were advantages the Union Army tactically utilized to victory.  But the larger lesson is perhaps found in seeking a better understanding of the reasons in which Lee could/would not reconsider his plan.  Did he sense that if he were to choose to withdraw and move on to Richmond or Washington D.C. that it would be perceived by his troops that Lee felt he could not win?   Would such a message reflect upon Lee personally, and if so, would that irreversibly erode the confidence of the People of the South?  Or did Lee over-identify his role in the mission of the Confederacy?

In our own organizations, leaders have a variety of expectations and responsibilities in which they must meet the directives they have been provided.  They must also have the ability and courage to choose wisely the most efficient methods and strategies to achieve those objectives.

When conditions for us change so significantly, how will we know if we have constructed an organization in which our most trusted peers, colleagues and advisers will have their own courage to offer candid, respectful dissent?  How will we know if we have developed a culture in which we do not lose organizational strength and energy, and most notably confidence, when we determine our previous chosen plan has become unachievable and our mission unsustainable?

This article first appeared in “Careers In Government”, April 2014.