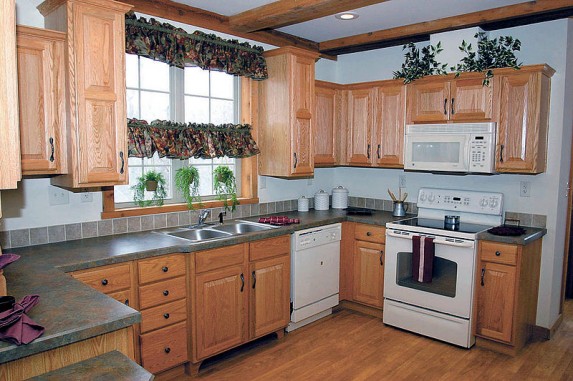 The difference between scrambled eggs, an omelet, a quiche and a soufflé are actually very subtle and can be found almost entirely among the people who prepare these dishes.

Recently, I had the rare occasion for some late-evening television.  On this particular night, I sat down to a very entertaining cooking show (I can’t cook much at all, so this was equal parts entertainment, education and fascinating).  And what began as a facilitated competition among four very talented chefs soon transitioned to a marvelous illustration of art and science—in the forum of cooking.

In each segment, the chefs opened a basket that contained a variety of ingredients that had little if any relationship to one another in almost any other setting.  But on this night, these four talented chefs took their allotted and equal portions and swiftly pursued the task of developing a particular course (as directed by the host) and style of dish (chef’s choice) while being sure to use each of the ingredients in some fashion.

I was impressed how quickly—and accurately—each participant assessed their resources and then made a choice of what to prepare.  In that instant, each chef knew what they would add, what form of cooking they would prepare the dish and the presentation of that course.  Eventually, each chef presented their creations to a panel of judges for candid and detailed assessments.  Their work demonstrated skill, experience, creativity and courage.

As this process evolved, I recognized the intimate and intricate relationship between the chef and his or her medium—the food.  In each case, a chef called upon their personal experiences and previous work with each of the ingredients to determine how they could best be featured together in a new form and genre of cuisine.  Because each participant possessed different skills and backgrounds, subtle nuances and methods could be seen in their respective approach to preparing their dishes.  What was in one moment a clear venue of science—the same ingredients in the same amounts and the same available additional ingredients and cooking instruments—immediately transitioned to a venue of the art of developing a meal in which culture, traditions, techniques, procedures, experience and skills all converged to make something very unique possible.

It was clear that each chef had a very strong understanding of what they wanted to prepare and each had a very strong confidence in their ability to create the dish that they could see within the ingredients in that instant they opened their baskets.

As the show concluded, it had become quite clear to me that leadership is very similar to cooking in several key ways.  Cooking, like Leadership, utilizes a set of basic components—a recipe—to create something in which each of the ingredients compliments one another.  In turn, Leadership uses a strategic plan, yet both have a clear vision of a future state of what they are investing themselves into.

Leaders—like chefs—can differ widely in their vision and confidence in the skills and experiences.  Those who are active and successful in their learning continue to allow themselves to be challenged and presented with new opportunities to perform to.

Leaders—like chefs—can differ widely in their vision and confidence in the skills and experiences.  Those who are active and successful in their learning continue to allow themselves to be challenged and presented with new opportunities to perform to. In this case, I would similarly align the difference between a leader and a manager to that distinction that may exist between a chef and a cook–and that difference I have found is the personal influence and investments that each of the former demonstrate consistently, openly and purposefully.  While all four are very committed to their role, it is the person who pursues more information and learning with the intent and actions to reinvest that growth into their work and those whom they work with that sets them apart.

As Max DePree noted in his book, Leadership is an Art, “A good book isn’t so because of what’s put into it, it’s because of what is gotten out of it.”

Like our chefs, leaders demonstrate the idea of bringing out the very best and most of all involved in a common purpose.  Leaders understand fully the need for all parts of their organization to accentuate the others and for all resources to be used wisely and appropriately to their stated and intended purpose.  Leaders also know to avoid the temptation to rely too heavily upon any of might be assumed to the strongest assets.  Instead, leaders know how to maximize the opportunities for the lesser-known or familiar members of the team in a way that presents them in a new way that also positively influences the remainder of the team.

And from those shared experiences, the recipes for success become more abundant.

This article was first featured in “Careers in Government” at http://www.careersingovernment.com.