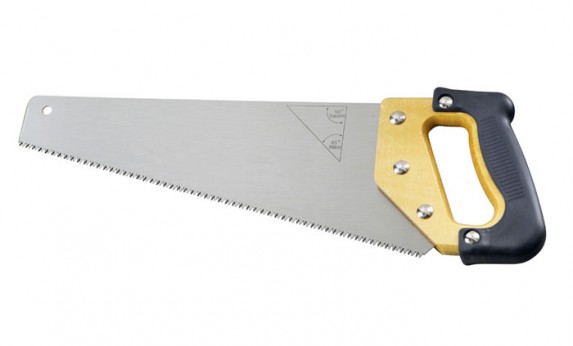 Several years ago, Master Carpenter Norm Abram wrote a book titled Measure Twice, Cut Once, in which the he emphasized the utmost need for diligence and caution when determining the specific size and volume of a material to be used when crafting woodwork.

Another profound principle that Abram shared was found in his detailed review of the various tools that carpenters (master-skilled, apprentice and novice alike) select in performing a given task.  Abram’s illustrations ranged from the proper (and outright frowned-upon!) uses of a level, to the use of proper nails for finish work versus framing, and the subtleties that can be found among the range of files, hammers, and other instruments.

One area in which the author spent a great deal of time was on the subject of saws.  In his exploration of saws, their many types, designs and uses, Abram shared a not-so-subtle point on the handler-user’s responsibility.   One particularly strong example Abram laid out was the background and the design for a crosscut saw.  He explained that the older groups of woodworkers had learned this delicate skill from a preceding generation and rightly knew how to use crosscut saws by beginning their cuts in a downward stroke.  But over time and for many reasons–including the decline of the number of people regularly working with wood–brought about a growing misuse of saws and led to damaged wood pieces that in turn increased frustrations among the many ‘weekend-project’ DYI’ers.

Saw-makers recognized a need to respond to this shift, and many opted to produce a new type of crosscut saw (often an additional line) that new users would be happy with.  The design of the saw changed in a very important regard:  These new lines of crosscut saws allowed the user to begin with an upward or pulling stroke.  While the results in terms of satisfaction among customers was higher because using these saws was easier, it was also clear that the saws were in many cases manufactured differently:  Teeth of the saws were more coarse, shallower and shorter along the saw blade edge.  In turn, users would come to find that more strokes were needed to complete a cut of wood, and the lesser-quality of the saw blade in terms of strength and length often allowed for unwanted curvatures and deviations in the cuts.  But for many among the less-frequent users, this was an acceptable alternative to trying to master the pushing/downward stroke of a superior saw.

The point Abram pursued through this very deliberate illustration of saws was that they too have a specific purpose, role and need for proper use, proper maintenance, and proper application to work in which they are made for.  But as the author cautioned, when we reduce the standards or expectations, we must also accept the lesser quality in the result of the work we sought to be done.

In organizations, just as in Norm Abram’s mastered medium of woodworking, it is important that those who look for direction from their leaders are properly understood and positioned for each of their own attributes.  Leaders must take the time to learn and understand the skills and talents of their team members in a manner that allows each of them to be put in situations in which those skills are used effectively and in which the team members can emerge with a successful effort and result.  Likewise, leaders must care for the various team members and continue to sharpen their skills so that they will remain equally if not more effective in their next opportunity.

Leaders must also know that should they fail to consistently prepare their organizations and their individual members for successful roles and assignments, they will inevitably place those people on a collective path in which their talents will be used for the wrong reasons, in settings in which they risk a much lower rate of effectiveness and success, and in which they individually and collectively will begin to decline.

People are most certainly not tools that can be easily interchanged.  Nor can they be assumed as assets that have a very limited span of effective performance.  On the contrary, an organization’s greatest resources–its people–are instruments that should be led in a manner that allows them to compliment one another and prepare or complete a task or contribution made by another member.  Like the saw, file, hammer and nail–each of the resources in a successful and properly led organization each provide a role that ensures the strong and solid construction of something very special, and crafted to last.